Welcome back to the Community Table: Agents in Conversation with San Francisco Art Producers: The Digestif

Welcome to our 3rd series of posts where we share the results from our conversations held directly with community leaders about top of mind photo-industry issues.  Community Table was formed from the collective efforts of Matt Nycz and Kate Chase of Brite Productions and Heather Elder and Lauranne Lospalluto of Heather Elder Represents with the idea that there is nothing more powerful in our industry than education.

And we held this event in San Francisco, hometown turf for not only advertising luminaries with names such as Riney, Goodby and Silverstein but also Elder, Lospalluto and Chase.   For this one, the Art Producers who joined us were long-time friends and neighbors that have been instrumental in keeping SF on the advertising map, who have played a key role in the creation of stand-out imagery for such national clients as Foster Farms Chicken, Sprint, GM, Comcast, The North Face, EA Games, Mini Cooper and Priceline.  So we invited them to start the year with us, add their hard-earned insights and voices on estimating to our series, and over a lunch in December and a breakfast in January they were more than happy to do so.

As a reminder, each Conversation Starter was directed to one person with a general discussion ensuing.  Not surprisingly, many of the answers were similar to those of our LA and NY colleagues.   Therefore, rather than sharing the entire conversation, we included the original question and then the quotes and notes that were most relevant.  Please note, often times the person leading the conversation spoke most often.

To see the first posts in the SF series, click here to get the Appetizer, Main Course and Dessert portions.

And, with that, we welcome you back to our table.

Conversation Starter 14: State of the Industry 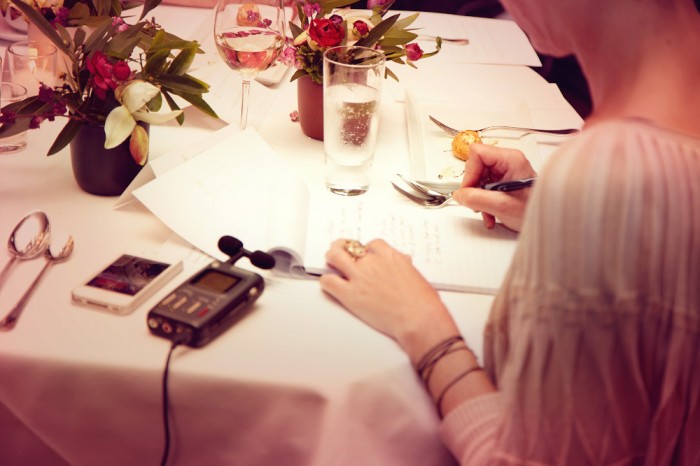 One word: State of the Industry

What one word would you use to describe the state of our industry right now?

Evolving. Or maybe emcompassing because of the many new areas and fields and a lot of new resources and technologies.

Emerging. It’s bringing a lot in, like a big merge.

Suzee stole my word. [Laughter] But I have two words. Wild West. Kind of crazy out there. Evolving in good and bad ways and keeps you on the edge of your chair.

Accessible. Because I think the recession weeded out people who weren’t really committed and left us with a lot of great artists to choose from and communication has left us with easier ways of finding and sharing ideas. Optimistically, we can create better, more elegant work.

The immediacy of everything. I know we all feel it. Clients want it last week. Technology makes it possible to get things done quickly but also not possible. The level of quality doesn’t drop. If anything it’s higher

Crafty. Everyone is trying to take bits and pieces of something and build something that has never been done before. Let’s think about it a different way and not fall in traditional thought patterns. The needs are so great and ever-extending with all the different media and technology. It is like the Wild West. Who is going to draw first? How do you get there first? What are we going to need to do to pull it all together?

Segueing a bit before my word but do you think photographers need to be multi-disciplinary or can they survive as a craftsperson being the best at what they do?

They need to know where they fall and know what questions to ask rather than pretending. You get into trouble when somebody doesn’t know and they don’t know that they don’t know. But when a creative or photographer knows where they have their shortcomings and can reach out to the right people and ask questions. There’s no way for everyone to know everybody.

I think it’s a conundrum. You want that amazing person, but you also need to make sure the attention to detail is there.

I think it’s cliché, but I’d say ‘integrated.’ The people who are excelling are specialists in what they do but aren’t so narrow-minded that they only want to work on what they want ot work on. You have to have empathy with other people who work on TV and interactive. You have to want to learn about that stuff because it’s important to understand all of it.

What I’ve seen is that people only want to focus on what they do and not learn about anything else that is going on. And that’s a really tough way to survive in the industry as it is right now. And I’m sure that is very hard for photographers. Because not everyone can be a videographer or director.

Integrated. People who are exciting are specialists but have to have XX in and be open to learning about TV, interactive. It’s a tough way to survive in industry right now.

We’re talking from agency perspective here and there’s a lot of other ways to use photography. So you can still have those skills.

Mine would be unknown. If I had a second word it would be fleeting. We do so much and then it’s gone. I don’t know where it goes. Even when they show the reel at the end of the year holiday party, even that’s fast. It’s a million images and then it’s the next year.

I’m a print person and love to hold things and crafts and things with staying power. So for me it’s kind of the unknown.

Evolving. We have to find our path in this, to navigate it and contribute good work.

Dynamic. But I also feel like the rabbit chasing the carrot. We’re figuring out video needs and then the directors are trying to see how he can evolve and photographers seeing how they can evolve – do they have to have Instagram, Facebook and a blog.

You never know where things are going. The other day I bought an image from a ‘mobile photographer.’ That’s what he was called on his website. You just never know what the next thing will be. 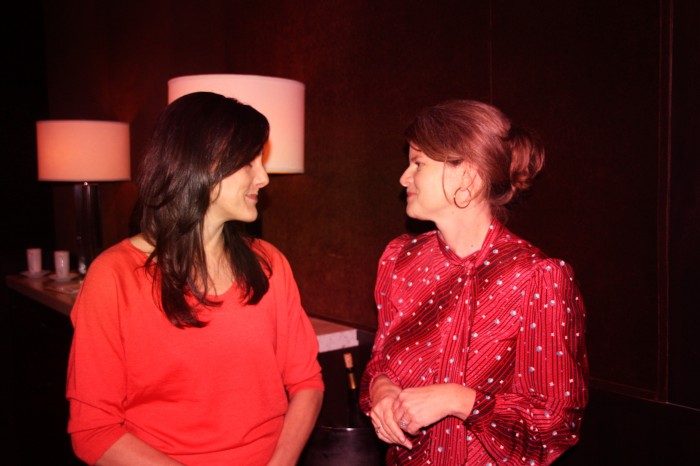 What one word would you use to pet peeves during estimating?

Late. If I’m under the gun and someone’s holding it up.

Lack of decisiveness. We’re moving at such a fast pace and people need lay it on the table. Are you in or are you out? Let’s not waste the time playing games. Let’s cut to the chase. Same with the numbers.

When people don’t read through what I give them and I have to repeat things. Going back to the estimate spec sheet. Mine is very detailed and has all the information they need to know and even when it’s due. And then they call me ‘Do I need to include retouching?’ ‘What is the usage?’

Not enough information or radio silence.

Both of mine were just taken. Variables and reading the brief that I spend so much time putting together. I guess lack of thoroughness, not including everything.

I share Justine’s sentiments. The information is all in there and I’ve taken the time to put it together and it serves a purpose. Help me help you to help yourself.

When people lump the costs together. I don’t want ‘lumping’ to be my word, but it’s really right. I like to have it itemized and completely broken down to avoid a lot of back and forth and so I can compare estimates line-by-line. Easier to evaluate and make changes.

Inflexible. I just want you to work with me. I don’t think I’m unreasonable. But I do want people to tell me. ‘You have your parameters and I have mine. Let’s find out what they are and work with them.’

And it’s a wrap for Community Table SF.   And thanks for tuning in.   Also, if you have anything to add to the conversation, please do email Heather Elder Represents or Brite Productions, we would be thrilled to keep the conversation going.

And, as always, thank you  Allison McCreery of POP Blog for your flawless transcription and partnership on this project. 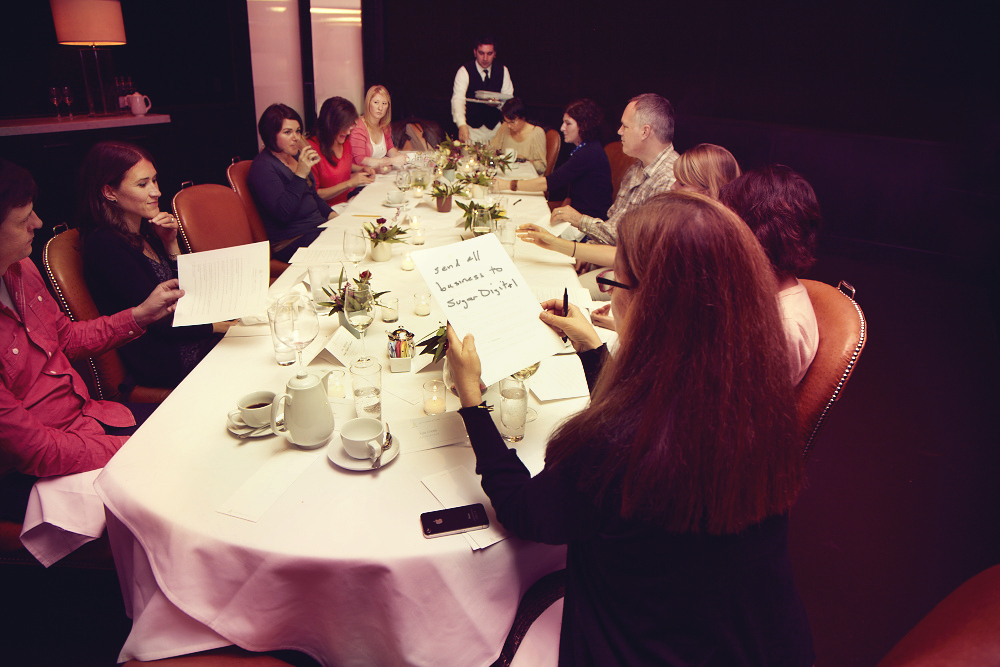 Welcome back to the Community Table: Agents in Conversation with San Francisco Art Producers: The Main Course, Part 1 of 2

Community Table Needs You: Submit Your Questions Now For Our Next Event in June, NYC

Wikipedia defines collaboration as teams that work collaboratively can obtain greater resources, recognition and reward when facing competition for finite…

Welcome back to the Community Table: Agents in Conversation with Minneapolis Art Producers Part 3: The Main Course, cont’d. 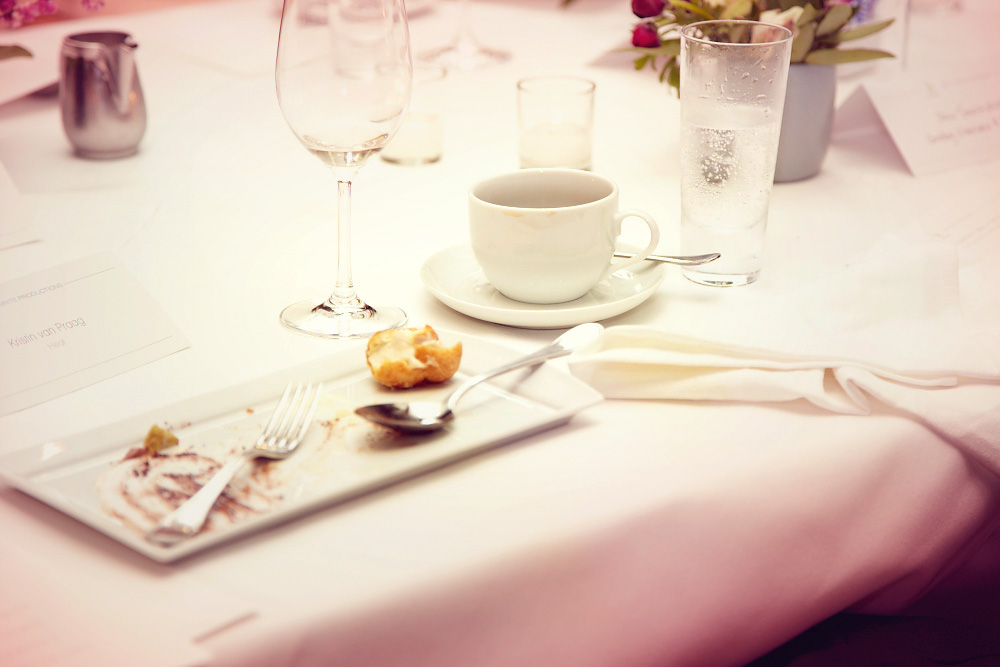 Welcome back to the Community Table: Agents in Conversation with San Francisco Art Producers: Dessert, Part 2 of 2 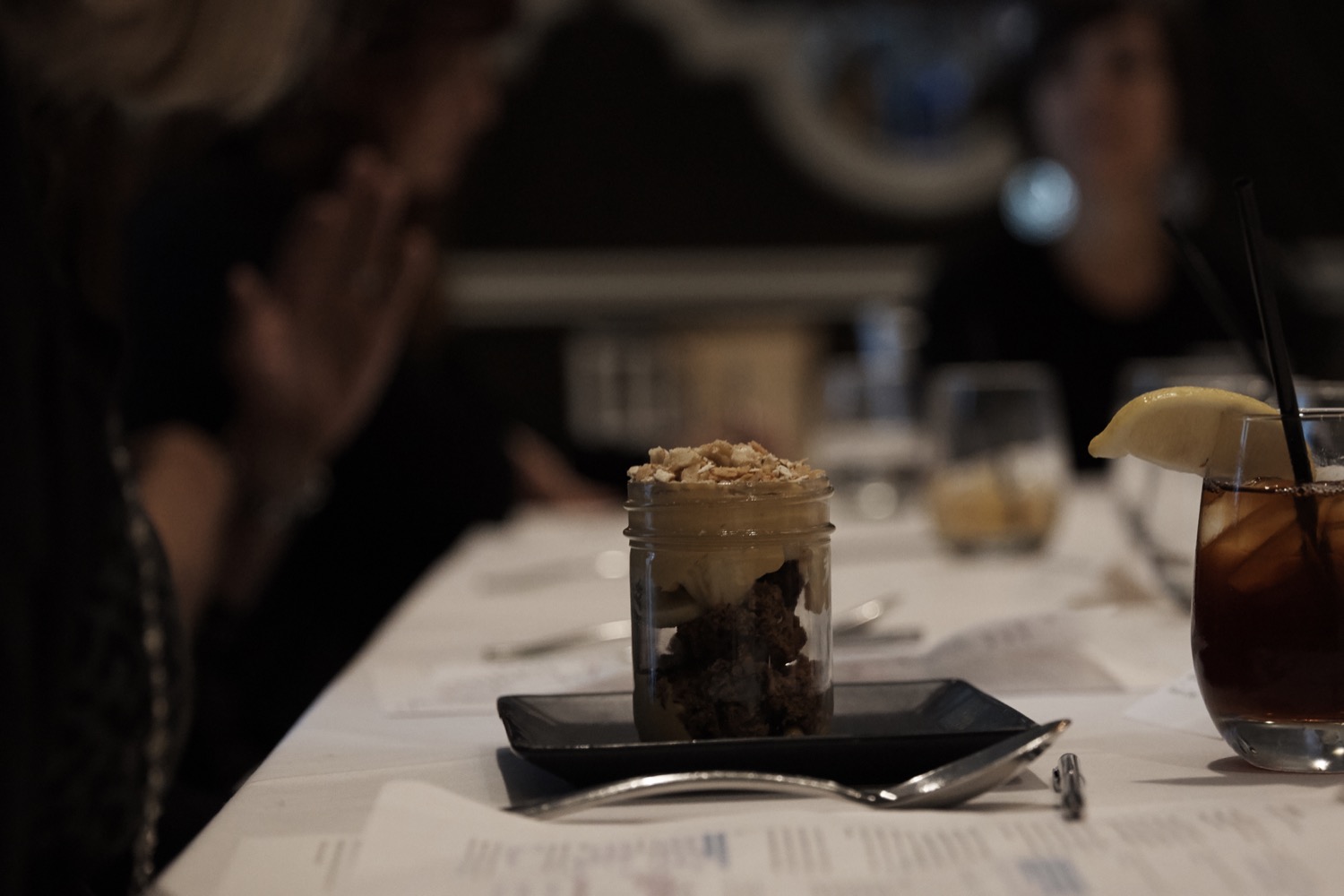 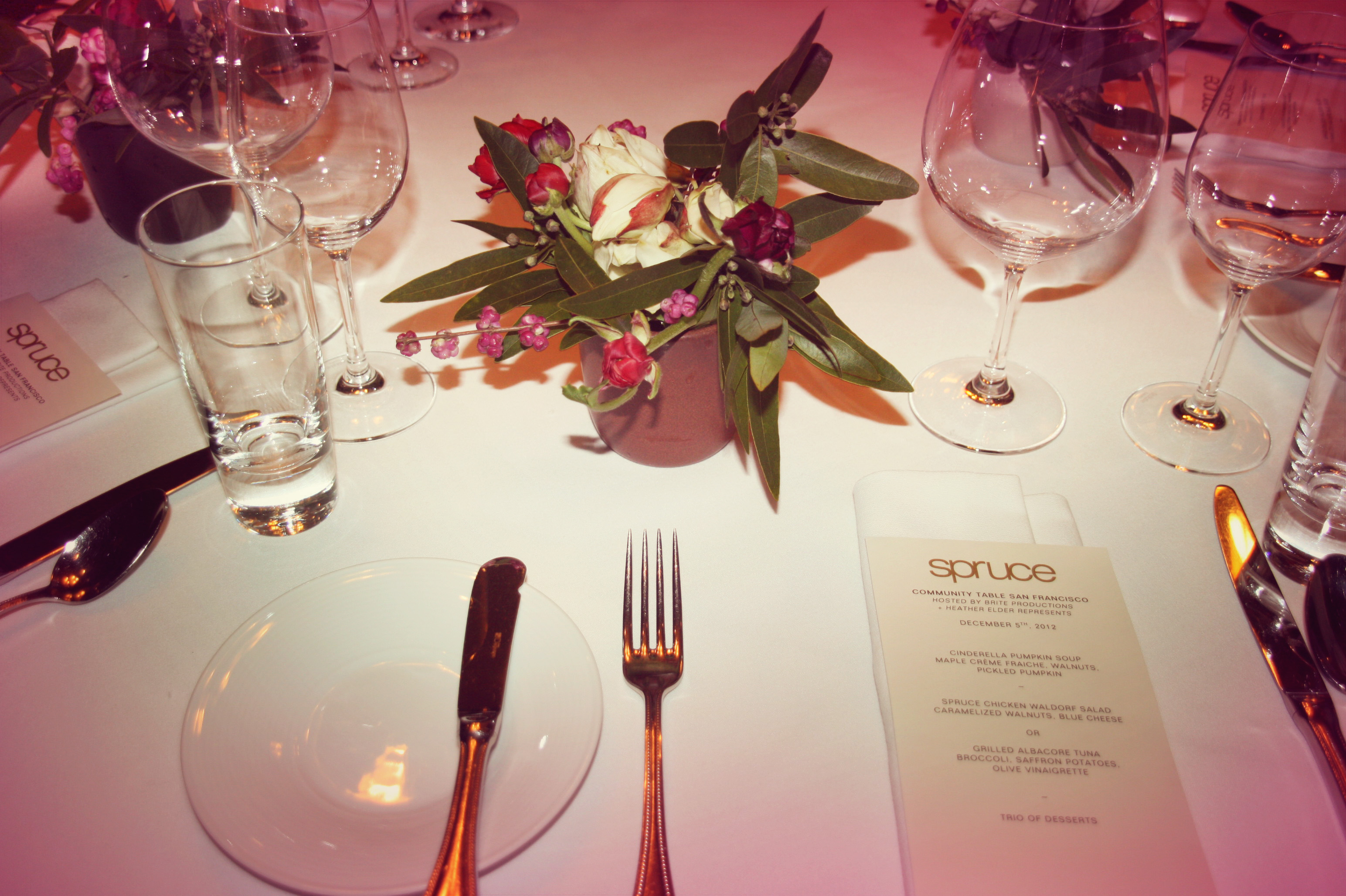 Welcome back to the Community Table: Agents in Conversation with San Francisco Art Producers: The Appetizer Part 1 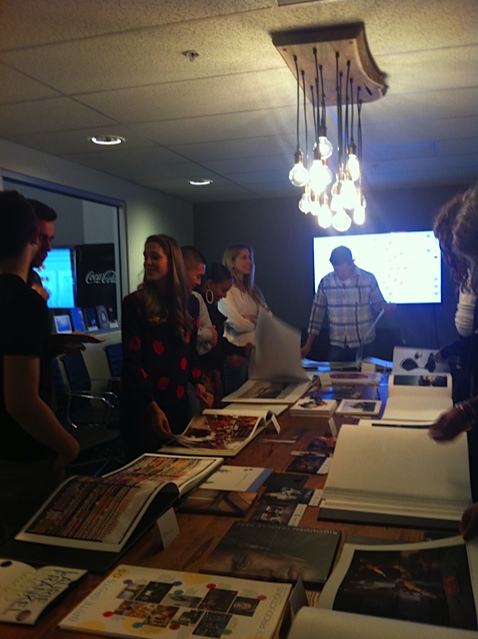 Attention Art Producers and Agents: Looking For Some Guidelines for Hosting a Successful Portfolio Show? The Community Table Has Some Thoughts. 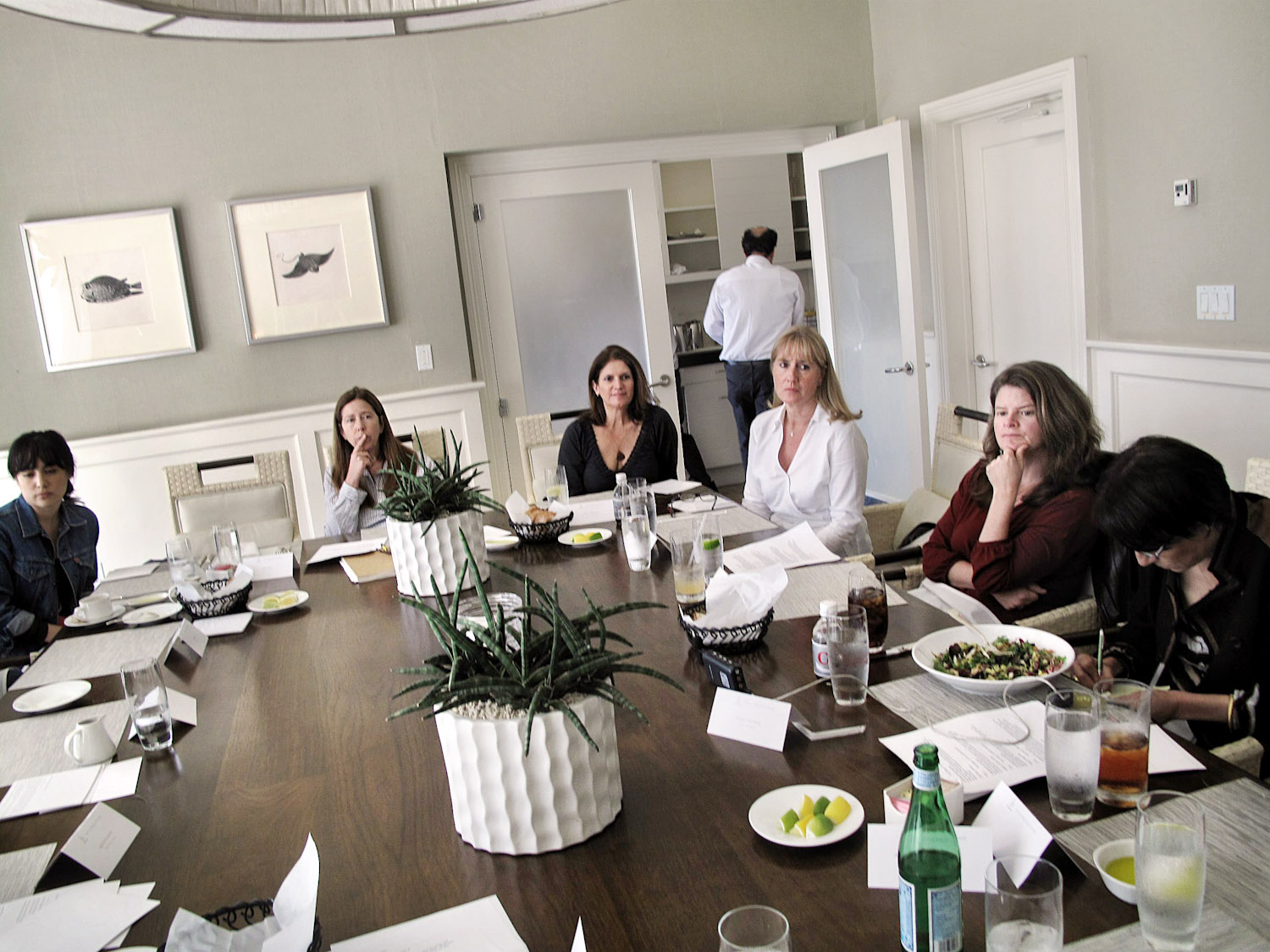 For those of you just joining us, welcome to Community Table – a series of blog posts sharing conversations held directly with…

Welcome back to the Community Table: Agents in Conversation with San Francisco Art Producers: The Appetizer Part 2 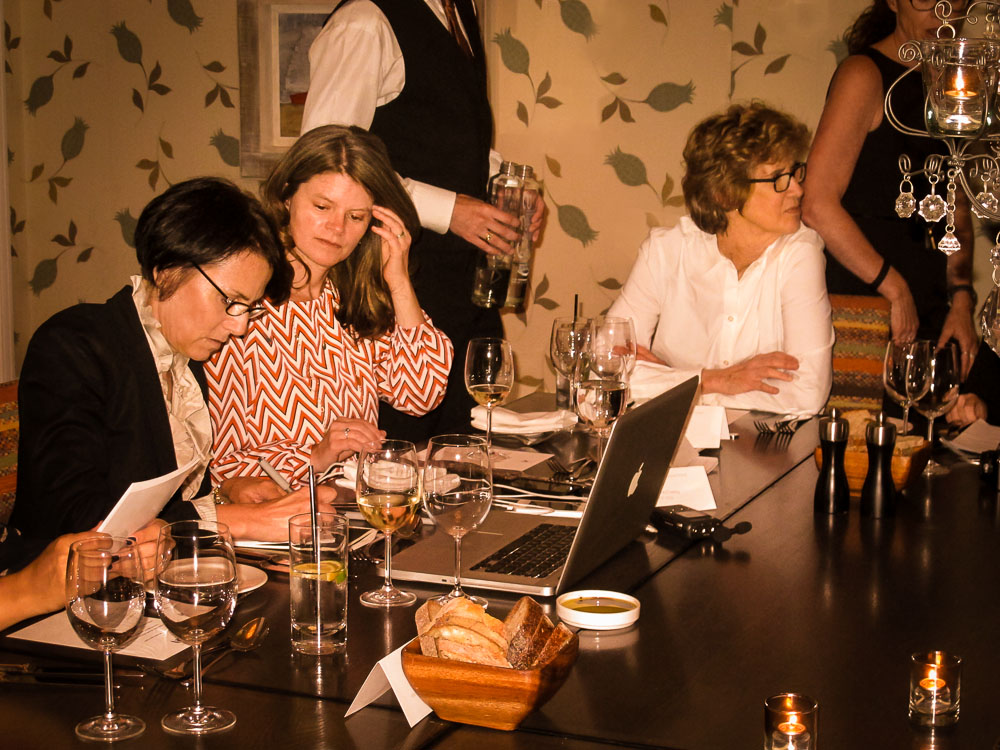 Welcome Back to the Community Table; a Conversation With NYC Art Producers. Part II: The Main Course

For those of you just joining us, welcome to Community Table  NYC  – the latest series of blog posts sharing conversations held… 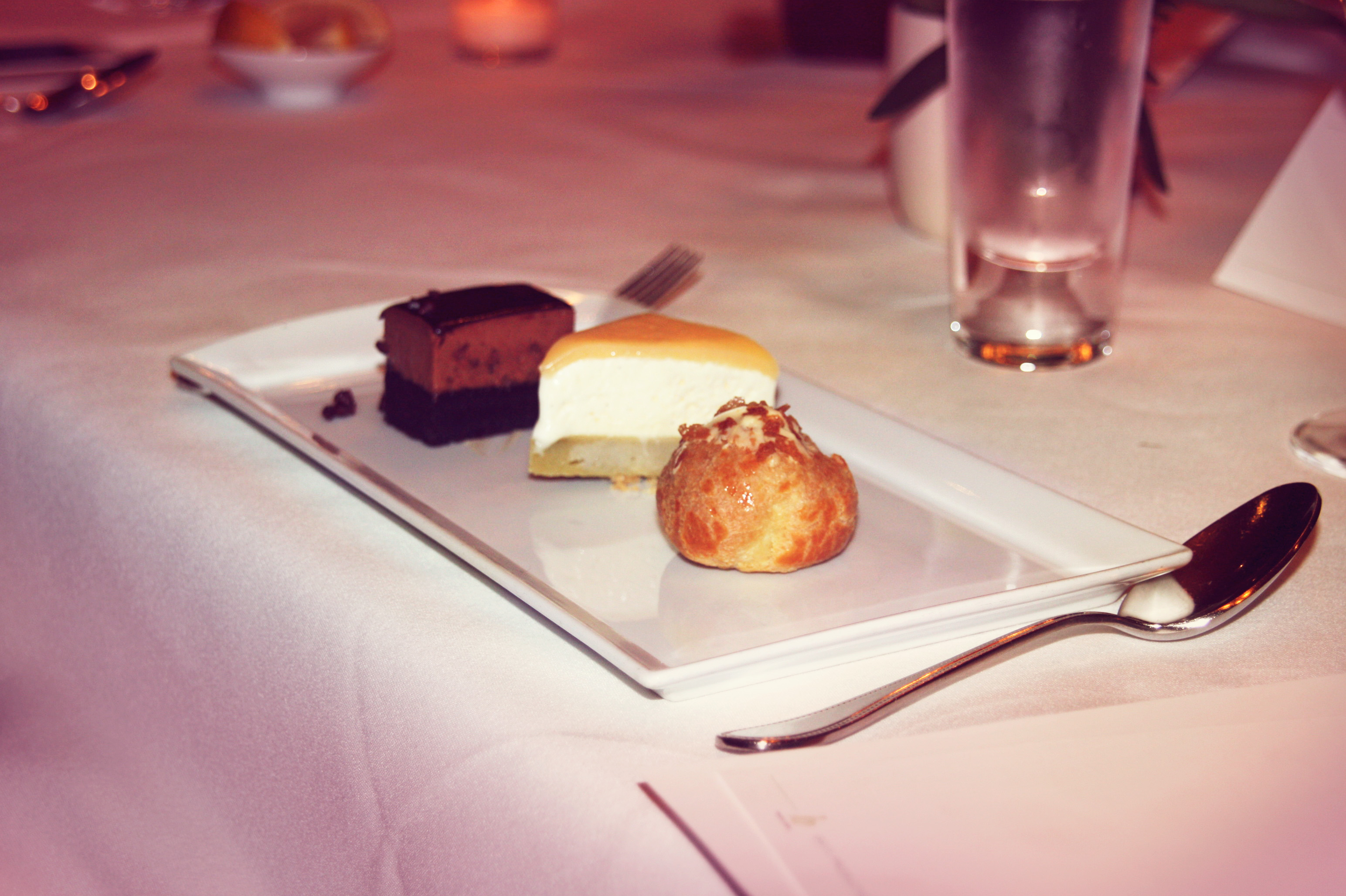 Welcome back to the Community Table: Agents in Conversation with San Francisco Art Producers: Dessert, Part 1 of 2 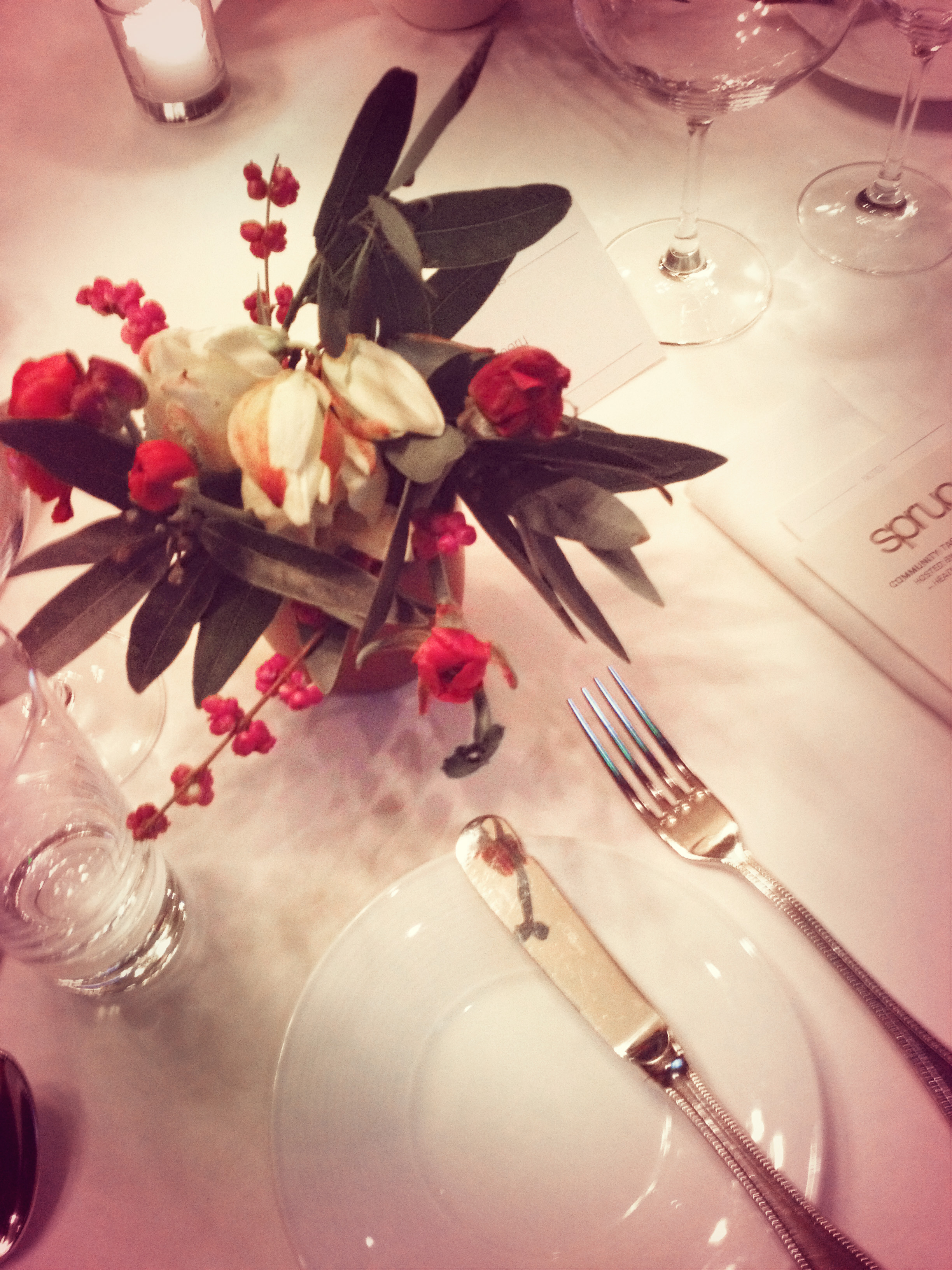 Welcome back to the Community Table: Agents in Conversation with San Francisco Art Producers: The Main Course, Part 2 of 2

And For Photographers on How to Get Noticed…. Once we had completed our Community Table series on E-Mail Blasts, it… 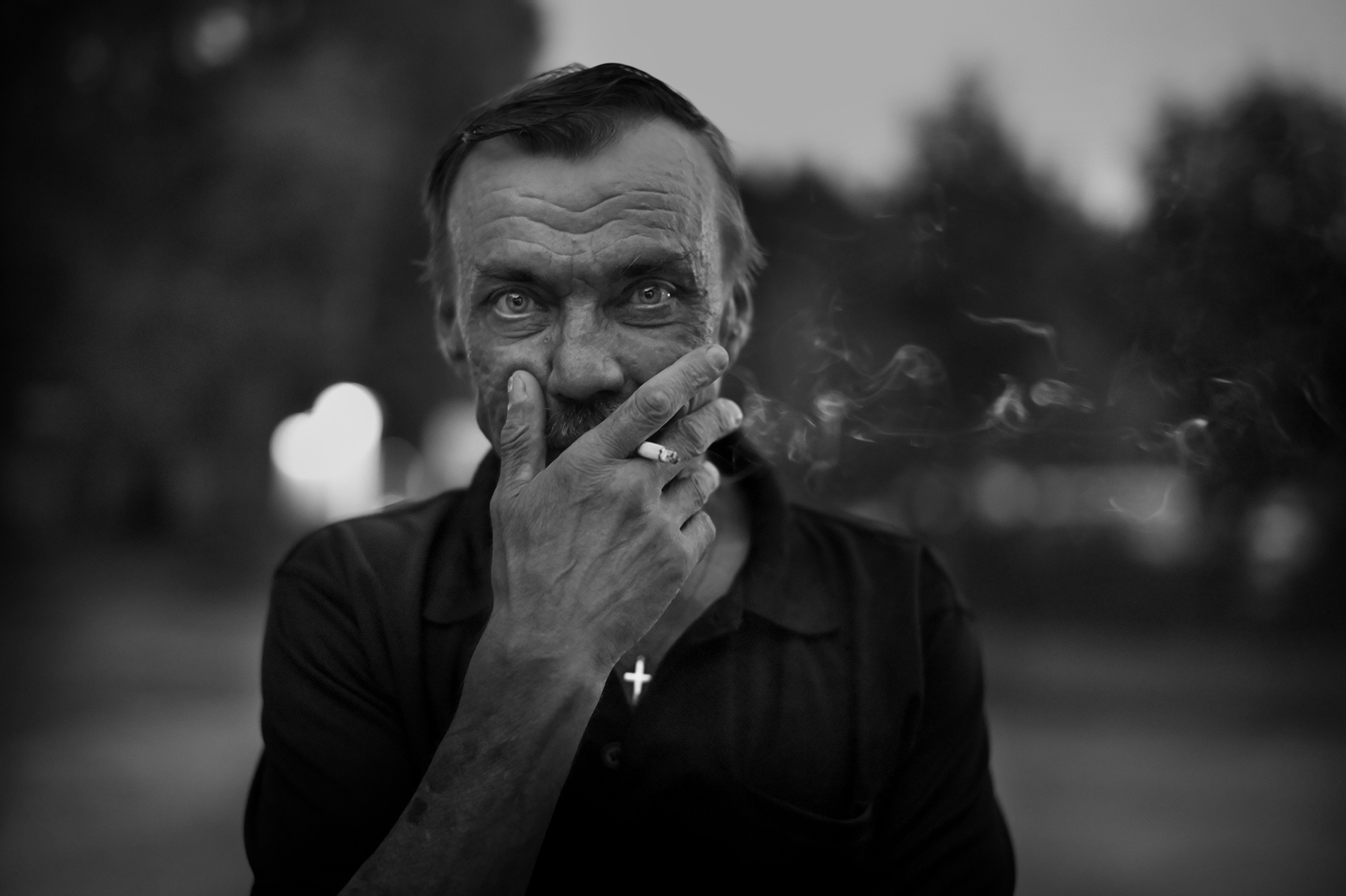